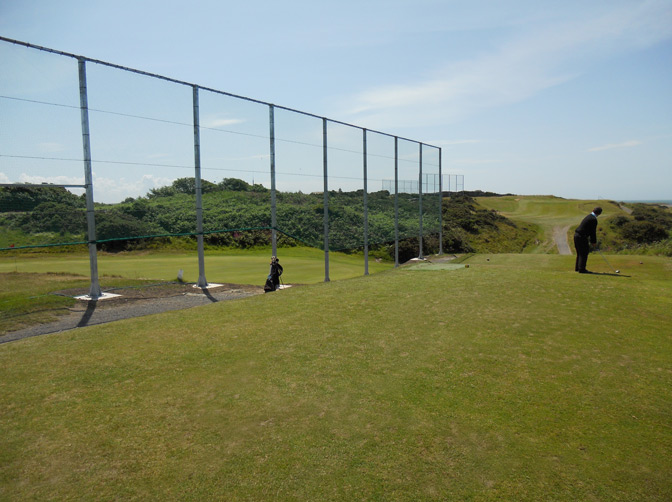 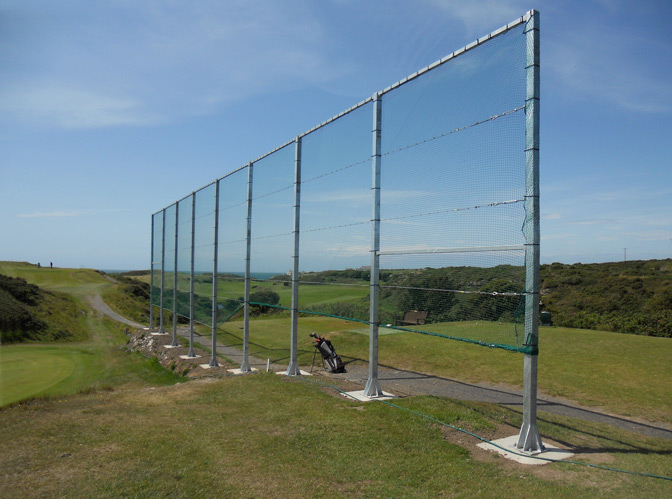 Following wind damage to their existing fencing, Holyhead Golf Club had received several complaints and claims resulting from golf balls being hit over the boundary, causing damage to vehicles and windows and were looking to prevent the problem of further costly claims.

They appointed us to provide the solution and we created 2 runs of ball stop fencing of various heights at strategic points on the course as the solution to prevent the further costly claims.

Both fences needed to be suspended off the ground, one run was 18m long and 5m high, the second, 24m long and changed from 4.6m high to 5.6m high to accommodate the ground levels. This was a particularly difficult site as there was a lot of rock on or near the surface and the site has no shelter from the fierce winds off the Irish Sea. The size of the re-enforced concrete foundations and strengthened posts reflect the nature of the windy site.

As part of our service the fence will be checked 12 months after installation free of charge.